Hole in One Breakfast & Lunch 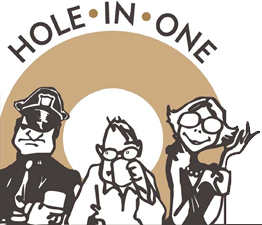 Doughnuts, the croissant of American pastry, have accompanied our morning coffee for Centuries. The pastry, rumored to have been invented in New England when a boy from Clam Cove, Maine, poked a fork though his motherâs fried dough cakes in 1847, has taken New England by storm, ranking second only to California in the number of doughnut vendors sprinkling our coastlines. Following the formal recognition of the Boston Creme as the Commonwealthâs official doughnut in January 2003, some might argue that the New Englanderâs love affair with the bagelâs sidekick has reached an all-time high â Cape Cod being no exception. Today, the Hole In One Donut shop serves up nearly 44 dozen doughnuts every morning in the off-season and more than 250 dozen of the holy pastries daily in summer. âWe use the best ingredients and the more expensive mixes to make our doughnuts,â says Cindy Bazzano, 64, mother of the four girls who maintains there is nothing like a hot doughnut made by hand. âOur chocolate, frostings and glazes are the best and our doughnuts are made fresh every day. There is nothing like them.â 98 Cranberry Hwy, Orleans, MA  02653
Phone: 508-255-3740

Displaying the only business found
There is room for more Listing Links on Eastham Cape Cod dot com Coffee Shops.
Do You have a Coffee Shops Business in Eastham?
Buy this Ad Space NOW!.
Eastham Coffee Shops Ad for under $8 per Month!!